Home   Death Meter   Death   Things to do before death   Atheism

THINGS TO DO BEFORE YOU DIE - ATHEISM

Atheism is the belief that God, deities, and spiritual beings do not exist. The term "Atheism" is a combination of a, which means without, and theism, which means belief in God or gods.

According to Atheism, people do not need to rely on gods or holy writings to create moral codes to rule life.Many Atheists are avid secularists and are against the inclusion of religion in public affairs.

Some people who are Atheists are actually religious. Religions as Buddhism comply with principles of Atheism, as do religions that grew out of Judaism and Christianity that take a more humanistic approach and do not focus on the existence of God.

THINGS TO DO
Naming or Welcoming Ceremony 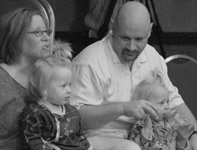 Naming ceremony is a very important thing in any religion for the matter from the day an individual is born and till his he or she is only referred by their name till death. This ceremony is to welcome newborns into the family and into the larger community. It is similar in idea to that of a Christening but it is a Humanist version. Its still allows family and friends a way of declaring that they will love, support, and protect the child as it grows up.

Most parents choose to hold the ceremony at the start of a celebratory party, either in their home or at a special venue. The formal ceremony can be as long or short as desired, they usually last about 20 minutes. Parents may state their love for and commitment to their child, and their hopes for their future welfare and happiness. They may include poetry or prose readings and music. Often the ceremony will include a place where chosen individuals declare a particular commitment to interest themselves in the child in a humanistic version of "God parents". These people are called mentors, supporting adults or special friends. 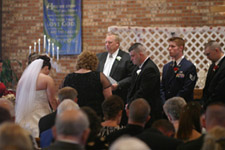 Wedding is a major ceremony where each one has to undergo before death because it is one mean by which an individual can discharge his duties to the family members. This is a way for a couple to publicly declare their love and commitment for each other. In a Humanist wedding the couple can personalize the ceremony as much as they want. It usually includes music, poetry, readings, the giving of rings, and a formal declaration of the couple being married.

Humanist weddings are legally recognized in Scotland but in many other countries, in addition to a humanist wedding, a civil ceremony needs to be done. This is for legal reasons. The ceremony will reflect the Humanist idea that the marriage depends solely on the efforts and relationship of the couple. Humanist wedding ceremonies include music and readings of a ritual of commitment for the bride and groom followed by exchange of rings, and perhaps an embrace, candle-lighting, a wine cup ritual or a hand-fasting ritual. Also a formal declaration or announcement of the couple married is also done followed by a non-religious blessing of the marriage. 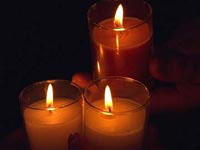 The day a person is born it is known that birth is for death but anyhow in between and even after his or hers death they have to perform or follow a number of rituals and customs. On-religious funerals are legal, and funeral directors and crematoriums and cemeteries are accustomed to arranging them. Many people are uncomfortable with religious funerals if religion had no meaning for the dead person, and when most of the dead person's closest relatives and friends are not religious. on-believers can find that a church funeral is just a formal religious ritual conducted by someone with no knowledge of the dead person, and which doesn't help them to say farewell to someone they love.

Religious people will often organize a humanist funeral if the person who has died was not a believer, out of respect for that person's views. A humanist funeral, although it does not include hymns or prayers, can be entirely acceptable to religious people mourning an atheist. Humanist ceremonies do not include anti-religious material. A Humanist funeral remembers the life of the person who has died, and reflects on their contribution to the world and to others. It also provides an opportunity for family and friends to share their sadness and create a bond of support for those who were closest to the dead person. It's likely that some of those attending a humanist funeral will have religious beliefs, and humanist funeral ceremonies usually contain a period of silence and meditation that believers can use for private prayer. 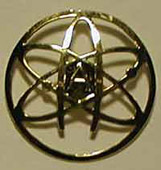 The ceremony of a humanist funeral is likely to include music, a non-religious reflection on death, readings of poetry and prose, reminiscences about the dead person, a talk focussing on the achievements of the dead person, and the meaning of their life. Ritual actions might include candle lighting, sharing reminiscences with the people alongside you, moments of silence and reflection. A Humanist officiant is a person familiar with the procedures of cremation and burial who understands the experience of bereavement. They are trained and experienced in devising and conducting a suitable ceremony.