Home   Death Meter   Death   Things to do before death   Buddhism

THINGS TO DO BEFORE YOU DIE - BUDDHISM

The history of Buddhism religion dates back to the year 580 BC, which started with the birth of Buddha Siddhartha Gautama.

Born in the Lumbini, Southern Nepal, Siddhartha left his home at a young age of 29 years, in search of enlightenment. After going through a life of self-denial, discipline and meditation, he attained enlightenment, which resulted in the alleviation of all his pain and suffering.

He then set on a journey of teaching people the path to enlightenment that would liberate them from the cycle of life and death. Gradually, Buddhism spread to numerous countries of the world, which resulted in development of the religion. 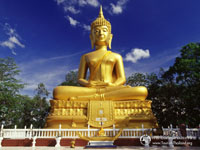 The original Indian foundation was expanded by the inclusion of Hellenistic as well as Central Asian, East Asian, and Southeast Asian cultural elements. The history of Buddhism also witnessed the development of numerous movements and divisions, such as Theravada, Mahayana, etc.However, since the time of the Buddha, Buddhism has integrated many regional religious rituals, beliefs and customs into it as it has spread throughout Asia, so that this generalization is no longer true for all Buddhists. This has occurred with little conflict due to the philosophical nature of Buddhism.

THINGS TO DO
PRAYER OR PUJA
Buddhism rituals and practices comprise of very intricate and detailed prayers which are supposed to be performed from the time of birth to death. Puja is a Pali word which means honour, worship and devotional attention'. It can describe a variety of forms but in the monastery where it generally refers the twice daily gathering of the community in the main meditation hall. Prayer or Puja in Buddhism is mainly a way of expressing dedication towards God and making offerings to Him. Following of the rituals moves a person forward, on the path to enlightenment. The prayers are initiated with the evoking of a sangha. After the Sangha has been evoked, sadhaka or dharma student performs three prostrations, also known as three gates or three aggregates.
MEDITATION 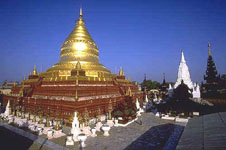 The origins of the practice of pilgrimage in Buddhism are obscure. Some scholars believe that Buddhist pilgrimage was initially imitative of the practice among Hindus but later became an integral part of the Buddhist tradition, assuming its own distinct features at least once in a lifetime before death. Pilgrimage is first mentioned in the Pali Tipitaka where the Buddha says that one should try to visit at least once in Lumbini, Bodhgaya, Isipatana and Kusinara. He says that if such a journey is undertaken with a 'devout heart' it will be very beneficial to one's spiritual growth.

Obviously pilgrimage, like worshipping Buddha statues or performing pujas, is a behaviour growing out of and able to reinforce positive emotions like faith, determination and humility which in turn strengthens one's practice. Over the centuries countless pilgrims journeyed from every part of Asia to the four places mentioned above and other sacred sites in India.

In time each Buddhist country developed centres of pilgrimage as well, places associated with the introduction of Buddhism, the lives of great saints etc. Some of the most interesting examples of Asian literature are accounts of pilgrimages - Fa Hien, Hsuan Tsang and Dharmasvarmin's pilgrimages to India (5th, 7th and 13th centuries respectively) and Ennin's account of his pilgrimage from Japan to China in the 9th century being amongst the most famous.

OTHER RITUALS
A number of other rituals also, follow these offerings to the deities and the three Jewels. These rituals include Bodhisattva vows, the 100-syllable Vajrasattva mantra, mandala offerings and the seven-line prayer of Guru Rinpoche and mon-lam prayers. After these rituals have been performed, the student practices meditation on shunyata or emptiness. The prayers come to an end with a ritual in which people express joy over the good deed and merit of others. They also request Buddha to teach them and not enter in parinirvana before death.
DAILY AND PERIODIC RITUALS
Merit is made and shared through daily, periodic, and special rituals and yearly festivals. Morning and evening services of chanting or worship take place in every monastery, temple, and home. With the placing of flowers and the lighting of candles and incense before a Buddha-image or some other symbol of the presence of the Buddha, monks chant together and the lay family offers a prayer. The flowers, beautiful one moment and wilted the next, remind the offerers of the impermanence of life; the odour of the incense calls to their mind the sweet scent of moral virtue that emanates from those who are devout; the candle-flame symbolizes enlightenment which a human should attain at the time of death.
SOME STRANGE CUSTOMS
Buddhist marriage is quite a boisterous affair, wherein the boy's family arrives at the girl's place. The custom has it that a pot of water, flowers, bamboo sticks are arranged in a typical way and leaves adorn the entrance for good luck. The girl's sisters welcome the boy and his friends in a rather prickly way. They throw nettle leaves and thorns etc on them. It is done because they want the groom to give them some suitable presents or money. Till then the groom would not be allowed to enter the hall.

The central daily rite of lay Buddhism is the offering of food. Theravada laity make this offering to the monks. Mahayana laity make it to the Buddha as part of the morning or evening worship. In both settings merit is shared. 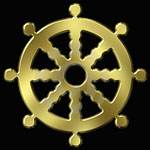 The weekly Observance Day rituals at the Theravada monastery are opportunities for both laity and monks to quicken faith, discipline, and understanding, and make and share merit. On these days, twice each month, the monks change and reaffirm the code of discipline. On all of these days, they administer the Eight Precepts to the gathered laity, the laity repeating them after the monks and offer a sermon on the Dharma. The monks our water to transfer merit to the laity; the laity pour water to share this merit with their ancestors.

Zen and Pure Land Buddhists celebrate the New Year on the Western calendar. This is an occasion for Zen monks to publicly read large volumes of sacred sutras, thereby sending out cleansing and enlivening sound waves for the benefit of all beings. Pure Land Buddhist hold special services at the temple twice daily in praise of the Buddha Amida.

Theravada Buddhist honor and transfer merit to their ancestors on every occasion of merit making and sharing. Japanese Buddhist gives special honor and merit to their ancestors three times each year: on the spring and autumn equinoxes in March and September and during the month July 15-August 15. The equinox festivals, called Higan, "Other Shore," mark times of transition in nature and therefore are occasions to reflect on the passage of time and the progress of being toward enlightenment - the other shore.

In Japanese Pure Land, the lay priest presides over rituals of the first presentation of a child at the temple, confirmation of boys and girls at the age of puberty, and death. Japanese Buddhists undertake marriage at the Shinto shrine, presided over by Shinto priests.

The above mentioned strange customs are still said to be followed by the followers of this religion for attaining spirituality in their death. There are over 360 million followers of Buddhism in the world. Even though they follow different forms of Buddhism, their traditions are characterized by the same values of non-violence, lack of dogma, tolerance of differences, and usually, by the practice of meditation.