Home   Death Meter   Death   Things to do before death   Candomble

THINGS TO DO BEFORE YOU DIE - CANDOMBLE

Candomble is an Afro-Brazilian religion that developed in the cities and plantations of northeastern Brazil in the late eighteenth and early nineteenth centuries.

Created by enslaved Africans and their descendants, its roots are in ancient societies of West, Central and Southwest Africa -- among these, the Dahomey empire; the Yoruba kingdoms of Oyo, Ketu and Oshogbo; and the Kongo and Angola nations.

In addition to the African origins of Candomble, there are some Amerindian and Catholic elements which reflect influences of the colonial society in which the religion came into being. 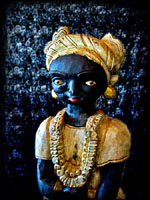 Fundamentally, Candomble is a religion of balance and reciprocity which places great emphasis, in its rituals and in its cosmology, on the interconnectedness of all forms of life. Human beings are not seen as somehow separate from other elements of the natural universe. All life is related. And all life is necessary. Candomble is also a religion of resistance.

During the period of slavery Candomble was one of the most important means that Afro-Brazilians created to maintain their most deeply human identities, in spite of their subaltern position in the larger society. In the present-day the religion continues to serve as a way to cultivate profound connections to ancestral traditions, to sacred energies (voduns, orishas and nkisis) and to positive meanings of blackness in the midst of an often painfully racist society.

THINGS TO DO
Toque
The toque is a very important ritual in candomble religion which is supposed to be attended by each member of the religion before death. The Candomble ritual (toque) has two parts: the preparation, attended only by priests and initiates, which may start a week in advance; and a festive public "mass" and banquet that starts in the late evening and ends around midnight. In the first part, initiates and aides wash and iron the costumes for the ceremony, and decorate the house with paper flags and festoons, in the colors favored by the Orixas that are to be honored on that occasion. They also prepare food for the banquet.

Some domestic animals are slaughtered; some parts reserved for sacrifice, the rest is prepared for the banquet. On the day of the ceremony, starting in the early morning, cowrie-shell divinations (jogo de buzios) are performed, and sacrifices are offered to the desired Orix�s, and to the messenger spirit (Exu in Ketu).In the public part of the ceremony, children-of-saint (mediunic priests) invoke and "incorporate" Orixas, falling into a trance-like state. After having fallen into trance, the priest-spirits perform dances symbolic of the Orixa's attributes, while the babalorixa or father of saint (leading male priest) leads songs that celebrate the spirit's deeds. The ceremony ends with banquet.Candomble music, an essential part of the ritual, derives from African music and has had a strong influence in other popular (non-religious) Brazilian music styles. The word batuque, for instance, has entered the Brazilian vernacular as a synonym of "rhythmic percussion music".

Worship of dieties is considered to be very sacred in Candomble religion and each person is supposed to own an orixa before death. Practitioners of Candomble believe in one all powerful God called Oludumare who is served by lesser deities. These deities are called orixas, voduns and inkices.Orixas are ancestors who have been deified. These orixas can be from recent history, perhaps only one hundred years old, or they may be over a thousand years old. Orixas are a link between the spiritual world and the world of humans. Voduns and inkices are spirit gods, essentially the same as orixas.

Candomble is a synthesis of three African religions, Yoruba, Fon and Bantu, and Voduns and inkices are the names preferred by the other two sects. For the purposes of clarity, the term orixa will be used throughout the article.Candomble practitioners believe that every person has their own individual orixa which controls his or her destiny and acts as a protector. Each orixa represents a certain force in nature and is associated with certain foods, colours, animals and days of the week. A person's character or personality is strongly linked to their orixa.Collectively; ancestor spirits are called 'Baba Egum' in Brazil. This is also known as 'Egungun' in other parts of South America. During important ceremonies, priests and priestesses will masquerade as Baba Egum. Specially choreographed dances will be performed in order to become possessed of each ancestor spirit.

Concepts of good and bad
There is no concept of good or bad in Candomble. Each person is only required to fulfil his or her destiny to the fullest, regardless of what that is before each one dies. This is not a free ticket to do whatever you want though. Candomble teaches that any evil you cause to people will return to you eventually. The Baba Egum is very important practice for their lifetime in regulating the moral code of Candomblecists. It is their responsibility to make sure that moral standards of the past are continued in the present. This is regulated during the worship ceremonies. When a person becomes possessed of their ancestor spirit during the ceremony, they may act out scenes from the community to highlight both good and bad actions in a sort of public tribunal.
Worship

Worship services are must in a Candomble religion for they help to attain a death with less suffering and pain and is used to be held in the homes of the enslaved. There are reports of dancing ceremonies taking place in Rio de Janeiro, and laws being made that forbade any person from attending these ceremonies. Anyone caught at such places were given from fifty to one hundred lashes. Sacred places are called terreiro or temples. They are buildings with indoor and outdoor spaces, and special areas for the gods. Worshippers wear clean clothes and splash water on themselves before they enter to rid themselves of the uncleanliness of the world. Followers go to terreiro for a number of reasons. Many go to have their fortunes told. To do this, a priest or priestess casts cowry shells and interprets the pattern in which they fall. Others go for months to immerse themselves in the spiritual and become possessed by their orixa.
Women in Candomble

Women are very important in the Candomble faith. Services are usually led by women, called 'mothers of the holy one', and the religion states that each woman should undergo training for priestess before their death. Later they are responsible for ensuring the training of future priestesses.
Dance during worship

The people of Candomble religion believe that dance is a divine form of worship they offer to God. The practice of capoeira dance is a must in every ceremony in Candomble religion. Worship takes the form of specially choreographed dances and hymns. The dance is a call to the spirits. At its height, the worshipper's orixa temporarily possesses the dancer's body and he or she enters into a trance like state and dances alone. Finally the gods are expelled. This is done by singing the hymns again, but in reverse order starting with the last hymn. African dancing was well known to the slave owners of South America.

These dances became important symbols of rebellion. Their rhythmic movements and rocking bodies belied the truth behind the dances. The enslaved Africans practiced a form of martial art within the dances, seamlessly moving from attacking positions to defensive ones, learning to quickly gauge how to react to their opponent. This dance is called capoeira and has become increasingly popular in the West as an art form.

Finally, Candomble is also a religion of creativity and healing. As in the African and indigenous Amerindian traditions from which it emerged, human illness in Candomble is understood in the larger, holistic context of physical, psychological, spiritual, environmental and social forces.