Life after death has been a major theme with all the religions and the passage from this life into the other has been dealt with in a variety of ways, depending on the particular belief system. Allah is the ultimate source of power. He is the only creator therefore; he creates both good and evil.Death is a natural phenomenon.

It is a physical change, which overtakes the human body. The body had its origin in the union of parental life-cells. For a number of years it continues to develop through the processes of maturation and exercise. After reaching its peak, it begins to decline and decay. The process of disintegration culminates in death. The crucial question is whether there is anything in human, which survives the dissolution of the body. The answer is that the self, the personality, the I-am-ness, the ego in the terminology of Allama Iqbal, which grew and developed in the matrix of the body, may survive it and may, on the break-up of the body, launch out on a fresh career. This is true of all selves, all personalities. 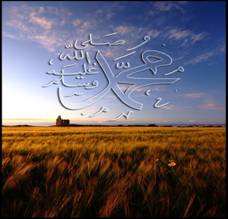 The belief in life after death not only guarantees success in the Hereafter but also makes this world full of peace and happiness by making individuals most responsible and dutiful in their activities. In Islam there is no rebirth for the soul. The soul gets human birth only once. After this human birth the soul will either go to the Lord or will go to the hell permanently. Only one Lord created this entire universe. The human body is a mini world containing the same components. Therefore the death of this human body can be treated as the end of this world from the point of the soul. One of the salient features of his vision of the hereafter concerns the soul giving birth to another rarer entity, which would occupy the same position in relation to the soul as the soul occupies in relation to our carnal existence here on earth. This birth of a soul from within the soul will be related to the sort of life that we have lived here on earth. If our lives here are spent in submission to the will of God and in accordance with His commands, our tastes gradually become cultured and attuned to enjoying spiritual pleasures as against carnal pleasures. Within the soul a sort of embryonic soul begins to take shape. New faculties are born and new tastes are acquired, in which those accustomed to carnal pleasures find no enjoyment.

Just as the life of an individual has an end, and the life of a nation has an end, so does the life of this entire physical world have an end. That is the 'Day of Judgment', which will bring the spiritual world into full manifestation, in place of the present physical one. As said above, immediately upon death a person begins to feel an awakening to the higher life, made from his deeds in the present life. But this is only a partial realization. It is on the Day of Judgment that everyone is fully awakened and raised to the higher, spiritual life. It is called the Day of Judgment because each person shall then become fully conscious of the effects of his deeds in this life, and have a 'body' (so to speak) made out of his or her own deeds. Until the Day of Judgment, deceased souls remain in their graves awaiting the resurrection.

However, they begin to feel immediately a taste of their destiny to come. Those bound for hell will suffer in their graves, while those bound for heaven will be in peace until that time. The resurrection that will take place on the Last Day is physical, and is explained by suggesting that God will re-create the decayed body. On the Last Day, resurrected humans and jinn will be judged by Allah according to their deeds. One's eternal destination depends on balance of good to bad deeds in life. They are either granted admission to Paradise, where they will enjoy spiritual and physical pleasures forever, or condemned to Hell to suffer spiritual and physical torment for eternity. The Day of Judgment is described as passing over Hell on a narrow bridge in order to enter Paradise. Those who fall, weighted by their bad deeds, will remain in Hell forever.

The theory of recincarnation teaches that if a person is born in poor or miserable circumstances, or is suffering from some disability or disadvantage, this is a punishment for him for bad deeds done in his former life; and if anyone is prosperous, healthy, and of a 'high' family, that is his reward for good deeds done in his former life. If one believes this, it would mean that we should treat the poor, the destitute, and the suffering as if they deserve their misfortunes, and have no sympathy for them because they are only getting their just punishment; and we should have high regard for the rich and the comfortable because they are receiving their reward for past good deeds. Such an attitude would be inhuman and against the basic teachings of Islam. Islam teaches that each person is born with a pure soul, without any burden to bear from a past life, and that both those people who seem to be facing hardship in this world and those who appear to be enjoying comforts are in a state of 'trial' to see how they behave under those circumstances. These are not punishments or rewards. In God's eyes the best person is he or she who acquits himself best in the conditions they meet.

In Islam itself there are different views held by different sects or Muslim scholars. The general understanding tends to perceive the otherworldly form as very similar to the carnal one here on earth. The concept of heaven and hell consequently present a material image rather than a spiritual image of things to be. Heaven is presented, according to their concept, as an immeasurably large garden literally abounding in beautiful trees casting eternal shadows under which rivers will flow. The rivers would be of milk and honey. The garden will be fruit bearing and all man may desire of fruits would be his at his command. The meat would be that of birds of all sorts; it is only for one to wish which meat he particularly craves. Female companions of exceeding beauty and refinement would be provided to the pious men, with no limit imposed on the number, which will be decided according to their capacity.

All that a healthy spiritual man was craving was nearness to God and His attributes and to imitate divine virtues. In heaven, such a healthy soul would begin to see and conceive and feel the nearness of the attributes of God like never before. They, according to the Promised Messiah, would not remain merely spiritual values, but would acquire ethereal forms and shapes, which the newly born heavenly spirit would enjoy with the help of the erstwhile soul, which would function as the body. That again would be a matter of relativity. The converse will be true of hell, in the sense that an unhealthy soul would create an unhealthy body for the new soul of the hereafter. And the same factors which provide pleasure to the healthy soul would provide torture and deep suffering for this unhealthy entity.