In Taoism, death is neither feared nor desired--instead a person enjoys living. In a sense, the afterlife doesn't exist in terms of a Taoist belief system--it's in life that we are eternal in Taoism. The afterlife is within life itself. We are of the Tao when living and upon death are the Tao again. Death is the point where your essence is not you cease to exist.

The longer the one's life, the closer to tao one is presumed to have become. Eventually the hope is to become immortal, to achieve tao, to have reached the deeper life. This is the afterlife for a Taoist--to be in harmony with the universe. Many Taoists don't even think about an afterlife, but instead view the Tao as simply "logical. 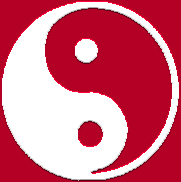 " There's no mysticism or need for invisible sky gods or some weird belief that you're important enough to be reincarnated--you simply return to the Tao when you die. Each Taoist, after death, wants to be an important ancestor in their Heaven, where they can help the living but there is Hell, like "Purgatory", with 9 stages of punishments, each one governed by a demon king; and the prayers can help them to get out of there.

According to the Tao death is not really a loss, but a transformation, and that what we knew as the person moves on to participate in an endless ever-changing dance of manifestation, existence and de-manifestation that is the Tao. Mortal existence is just one of the infinite numbers of manifestations of the Tao. Taoism states that we must learn to overcome the human instinct to view mortal death as bad and as the "ultimate end", and to rest comfortably knowing that what happens to us after mortal death is also part of the eternal process of the Tao. If we can learn to live in harmony with the Tao during our mortal lives, we will be in harmony with the Tao at the time of our mortal death.

If we can manage that, then everything else will fall into place; that is the nature of the Tao. Taoist belief is that the world is full of invisible spirits. There are some that are humans who have died but are still able to help some people. They also believe that the world is full of nature spirits: plants, animals, rivers, stones, mountains, and stars. Shangdi, known as the ruler of the universe, was looked at as the great spiritual being. People worshipped spirits to keep their troubles away and to get blessed with health and wealth. Some Taoist believed that spirits extended nature, both the natural world and the inner world within people's bodies.

Taoism upholds the belief in the survival of the spirit after death. Taoist believes birth is not a beginning, and death is not an end. In ancient days a Taoist that had transcended birth and death, achieved Tao, was said to have cut the Thread of Life. In Taoism, the soul or spirit does not die at death. The soul is not reborn; it simply migrates to another life. This process, the Taoist version of reincarnation, is repeated until Tao is chieved.Taoism perceive life, death and rebirth as a continuous cycle. This cycle has no beginning and no end. The soul is eternal, yet the soul is not the object of reincarnation.

Taoist believes the soul is not reborn; it "migrates to another life." Some theory states that the Taoist has no concept similar to karma, and Taoism does not mention the soul migrating to an animal form. A very common and major goal of most Taoists is to achieve immortality rather than enter the regular after life. Reaching this goal is not easy; there are various tasks that must me met during your entire lifetime to be qualified to be immortal. In Taoism one's soul or energy is considered to be interlocked with the vital energy, which is what nourishes your soul. Riding the body of impurities can increase this energy. Aside from these requirements, you must lead an upright, moral and good-hearted life.

Reincarnation is a moment to moment occurrence, in some ways. We are constantly changing, down to our cells and atoms. The soul may divide, conglomerate, and change form. For instance, an animal soul may incarnate in a human body. That human body may die and the soul joins with two other souls to become another human. Then perhaps that larger soul dissolves into smaller souls, etc.Reincarnation is a teaching hard to find in the aphorisms of the Tao-te Ching (6th century BC), so it must have appeared later in Taoism. Although it is not specified what reincarnates, something has to pass from one life to another. An important scripture of Taoism, the Chuang Tzu (4th century BC), and states: Birth is not a beginning; death is not an end. There is existence without limitation; there is continuity without a starting point.

Existence without limitation is space. Continuity without a starting point is time. There is birth, there is death, there is issuing forth, there is entering in. That through which one passes in and out without seeing its form that is the Portal of God. The purpose in Taoism is to reach the ultimate goal, to transcend life on earth as a physical being, and to achieve harmony with nature and the universe. The ultimate goalis to achieve immortality. The Taoist called this ultimate goal Tao. The followers of this religion believe there is an existence beyond life that can be achieved following the right path or behavior. The path to Tao and Nirvana are similar, yet different. There is an Inner Light, which guides a person in the right direction to the ultimate goal. Personal desires must be forsaken in order for the Inner Light to guide a person to achieve eternal bliss. The path to Tao is individual, it comes from within. No one can define a path for the Taoist; it must come from the Inner Light. Tao means Way, but in the original and succeeding manuscripts no direct path is explored or expounded.

Accordingly, in heaven and earth there are spirits that take account of men's transgressions, and, according to the lightness or gravity of their offenses, take away from their term of life. Ancient Taoism had no concept of Hell, as Morality was seen to be a man-made distinction and there was no concept of an immaterial soul. In its home country China, where Taoism adopted tenets of other religions, popular belief endows Taoist Hell with many deities and spirits who punish sin in a variety of horrible ways. This is also considered Karma for Taoism. Incorporating ideas from Taoism and Buddhism as well as traditional Chinese folk religion, Diyu is a kind of purgatory place which serves not only to punish but also to renew spirits ready for their next incarnation. The exact number of levels in Chinese Hell - and their associated deities - differs according to the Buddhist or Taoist perception. Some speak of three to four 'Courts', other as many as ten. The ten judges are also known as the 10 Kings of Yama. Each Court deals with a different aspect of atonement.

For example, murder is punished in one Court, adultery in another. According to some Chinese legends, there are eighteen levels in Hell. Punishment also varies according to belief, but most legends speak of highly imaginative chambers where wrong-doers are sawn in half, beheaded, thrown into pits of filth or forced to climb trees adorned with sharp blades.

However, most legends agree that once a soul has atoned for their deeds and repented, he or she is given the Drink of Forgetfulness by Meng Po and sent back into the world to be reborn, possibly as an animal or a poor or sick person, for further punishment. All Taoist will go through this experience when they are dead for sure.