Home   Death Meter   Death   Things to do before death   Taoism

THINGS TO DO BEFORE YOU DIE - TAOISM

Taoism was founded by Lao-Tse, a contemporary of Confucius in China. Taoism began as a combination of psychology and philosophy which Lao-Tse hoped would help end the constant feudal warfare and other conflicts of his time.His writings, the Tao-te-Ching, describe the nature of life, the way to peace and how a ruler should lead his life. Taoism became a religion in 440 CE when it was adopted as a state religion.

Tao, roughly translated as path, is a force which flows through all life and is the first cause of everything. The goal of everyone is to become one with the Tao. 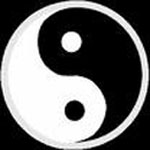 Tai Chi, a technique of exercise using slow deliberate movements, is used to balance the flow of energy or "chi" within the body. People should develop virtue and seek compassion, moderation and humility. One should plan any action in advance and achieve it through minimal action. Yin (dark side) and Yang (light side) symbolize pairs of opposites which are seen through the universe, such as good and evil, light and dark, male and female. The impact of human civilization upsets the balance of Yin and Yang. Taoists believe that people are by nature, good, and that one should be kind to others simply because such treatment will probably be reciprocated.

At the heart of Taoist ritual lies the jiao, a ritual offering or program for a specific purpose, such as summoning the gods, blessing the land, or redeeming lost souls. In ancient times, the jiao was overseen by a priest called a "libationer" who would determine which deities should be summoned to handle specific problems. Following the libation, or offering, the community would share food as a symbolic communion with the Tao. Such rituals survive today in Taoist temples and households. It is believed that each individual should attend this ritual before ones death for only then they complete their duties to god. 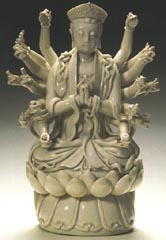 Most Taoists practice their religion without a priest. Many have shrines in their homes, where they make offerings to their deities and ancestors for health and prosperity. In Taoist communities, temples and shrines are always open for lighting incense or praying to the gods, and there is no set worship service but however the religion insist on offering prayers to the god for their lifetime till death.

Ancestor rituals play a central role in Chinese culture, which places great value on family. During such a ritual, incense may be burned, a wine offering is made at the shrine, and prayers are recited, both to honor the ancestor and invoke his or her blessing for the well being of their life and to undergo a painless death.

At certain dates, food may be set out as a sacrifice to the gods and/or spirits of the departed, such as during the Qingming Festival. This may include slaughtered pigs and ducks or fruit. Another form of sacrifice involves the burning of Joss paper or Hell Bank Notes, on the assumption that images thus consumed by the fire will reappear not as a mere image, but as the actual item - in the spirit world, and be available for the departed spirit to use.

At other dates, fasting or vegan diet may be practiced. This practice of the ceremony involves the participation of every individual at least once in lifetime before death to honour god and the spirits of the departed.

Alchemists are people who want to transform things into something more valuable, such as converting lead into gold and the phenomenon is called as alchemy. It is believed that in Taoism all the followers are said to practice alchemy for it is an easy way of reaching god even before the actual death could happen. Taoist physical practices, such as breath exercises, massage, martial arts, yoga and meditation are designed to transform a person both mentally and physically and so bring them into closer harmony with the Tao. Taoist alchemy is concerned with transforming human beings so as to give them longer life and bring them closer to the Tao. 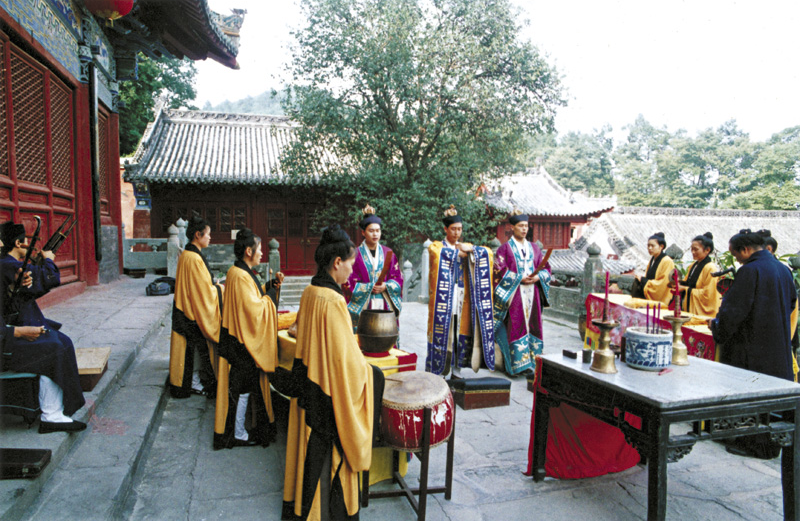 Taoist texts teach the importance of keeping the body pure in order to ensure spiritual health. To remain pure a person should avoid certain activities and foods. Greed, lust, pride and dishonesty are examples of things that should be avoided. Because Taoism doesn't make a rigid division between body and spirit, it recognizes that physical actions have a spiritual effect which is supposed to be reached by each follower of this religion before death.

Taoism teaches that everyone should try to achieve two goals, happiness and immortality. The religion aims at securing longevity or attaining a kind of immortality, which could be attained through proceedings like-- medical treatment, breathing techniques, meditation, gymnastics, communal funeral etc.Primarily, it was contemplated obligatory to maintain a proper harmony between the body and its own thousands of gods with their heavenly counterparts.

The Taoists have a strong belief that there are two complementary souls present in the human body, that keeps it alive-- The three Hun-Souls, responsible for mans intellectual and moral behaviors and the seven PO-Souls, controlling such earthly aspects as passion and negative ethical behaviors. By meditating them with deep concentration, speculating them in their respective domains of the body during three specific nights each month, one could prevent the departing of sole. The Taoists also gained their expertise in medicines. They invented their own occultism - that is, by consuming some specific drugs, one can attain the path of mortality. 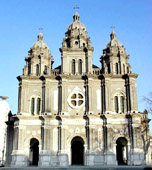 There are many temples and shrines in China that are centers of local pilgrimage and are believed to be visited at least once in a lifetime in Taoism before death. The major pilgrimage sites, however, are the five Taoist mountains.

In Taoism, Tao, roughly translated as path, is a force which flows through all life and is the first cause of everything. The goal of everyone is to become one with the Tao. Tai Chi, a technique of exercise using slow deliberate movements, is used to balance the flow of energy or "chi" within the body.

People should develop virtue and seek compassion, moderation and humility. One should plan any action in advance and achieve it through minimal action.

Thus in Taoism each person after death, wants to be an important ancestor... in their Heaven, where they can help the living... but there is Hell, like "Purgatory", with different stages of punishments, each one governed by a demon king; where one can escape from it by prayers and by discharging above mentioned rituals and duties can help them to get out of there.