Mormons believe that all humans who die will live eternally. Their spirits will go to the spirit world, where they will undergo instruction and preparation. Then, "after a time," there will be the Resurrection, at which time the spirits will be reunited with their bodies forever.As with every religion, there are various beliefs that are associated with the following. They range from what the purpose of life is to what will happen to them in the afterlife.

In this article, we will explore some of the beliefs that are held by the Mormon religion. When it comes time to leave the physical body that was given to those who have been placed on earth, what happens according to the Mormons? There is the belief that when all humans die, they will be able to live eternally. 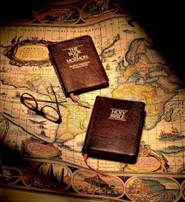 They feel that the spirits return to the spirit world, where further instruction is given. After an undetermined amount of time has passed, they believe that a Resurrection takes place and the body is reunited with their bodies for the rest of time. From an earthly perspective, physical death may seem like an end, though it is really a step forward in Heavenly Father's plan. At the time of physical death, your spirit will leave your body and go to the spirit world, where you will continue to learn and progress. In the spirit world, your memories of this life and the knowledge you have gained on Earth will remain with you. Death will not change your personality or your desire for good or evil. If you choose to follow Jesus Christ during your life on Earth, you will be at peace in the spirit world. Those who choose not to follow Christ and do not repent will be unhappy.

From an earthly perspective, physical death may seem like an end, though it is really a step forward in Heavenly Father's plan. At the time of physical death, your spirit will leave your body and go to the spirit world?, where you will continue to learn and progress. In the spirit world, your memories of this life and the knowledge you have gained on Earth will remain with you. Death will not change your personality or your desire for good or evil. If you choose to follow Jesus Christ during your life on Earth, you will be at peace in the spirit world. Those who choose not to follow Christ and do not repent will be unhappy.

Resurrection is when the "spirit and the body shall be reunited again in its perfect form. Almost everyone, both in spirit paradise and spirit prison, will be resurrected to one of the three kingdoms of heaven. After resurrection, men are brought before the judgment bar of Christ. All will be judged for their actions during mortality. Each person will be put into one of four places based on his actions: the Celestial (highest) kingdom, Terrestrial kingdom, Telestial kingdom, Outer Darkness equivalent of Hell, only a few will be sent here. Mormons beliefs about the afterlife are fairly complex. Mormons believe that at the death of the body, the spirit goes to a temporary paradise or prison to wait for resurrection.

People are resurrected to a kingdom of glory after their wait in this post mortal spirit world. Salvation for Mormons deals with the same aspects as the purpose of life, where returning to God after a life is lived out is the main belief. Salvation is attained through the eyes of a Mormon when good deeds on earth are accomplished and a faith in the Atonement of Christ is realized. This also means that individuals should live a life abiding by the commandments and leading a life that is accepted by God.

Like birth, death is a doorway into a new life. Through death people again enter the Spirit world. Spirit World In the spirit world there will be two conditions of existence, spirit prison; for those who did not have the opportunity to learn the gospel of Christ or who rejected it, and spirit paradise, for the righteous. Those in spirit prison will have the opportunity to learn about and accept the gospel.

The term "spirit prison" does not have the same connotation as a "prison" on earth, but only means that a spirit in that condition cannot advance in light, knowledge and preparation for eternity until he receives the covenants of the gospel of Christ. Those who performed good works and did not commit major sins while living by the light and knowledge that they had, will rest from care and sorrow but will still need to progress, hence their condition can be described as a spirit prison, but it is a good place. The wicked, however, will suffer in spirit prison, though they will still have an opportunity to hear the plan of repentance, forgiveness, and salvation through Jesus Christ. Mormons believe in a complex afterlife that involves a heaven with three degrees of glory in which nearly every person will receive salvation. In Mormon teachings, the final judgment comes in stages.

The first stage occurs immediately after death. The disembodied spirit is judged as to its general goodness and is assigned to one of two places: paradise or spirit prison. Those souls in paradise enjoy peace of conscience and a time of rest. Those in spirit prison, by contrast, are tormented by guilt and are denied rest. Both groups, however, suffer because they are separated from their physical bodies, something that, according to Mormon scripture, the spirits view as a form of "bondage." At the time of Christ's resurrection from the dead, the inhabitants of paradise were also resurrected. Those who entered the spirit world after Christ's resurrection, however, must await resurrection until the time of Christ's second coming on earth.

The highest heaven, called the Celestial Kingdom, is the destination of those persons who accepted all of the necessary rituals performed by the authority of the Mormon priesthood and who were valiant in their testimony of Jesus Christ. The Celestial Kingdom itself is divided into three parts. Mormon scripture says nothing about the lower two levels, but specifies that only those persons who are married for time and eternity in Mormon temples are eligible for the highest Celestial tier. The next level is the Terrestrial Kingdom, a place inhabited by men and women who lived honorable lives and who accepted the atonement of Christ, but who were not valiant in their testimonies of Christ. Residents of this kingdom enjoy the presence of Jesus Christ, but not God the Father.

The third possible destination of the soul is the Telestial Kingdom. It is here that all those sinners who refused to repent will find themselves. In Mormon theology, Christ's suffering and death make it possible for a sinner to be released from the punishment of misdeeds in the afterlife if the sinner repents and accepts Mormon baptism. Those who do not repent suffer during the afterlife, but even the darkest sinners eventually are redeemed through the atonement of Christ into a realm of glory. While they may enjoy the influence of the Holy Ghost, residents of the Telestial Kingdom are deprived of the presence of the Father and the Son.

One unique element of Mormonism is the concept of the fate of the soul after death. Mormons believe in heaven, which is defined as "the place where God lives and the future home of those who follow Him." Faithful Mormons and their families will live in the presence of God and be rewarded in accordance with what they have done during their lives. Whereas a non-Mormons," Those who choose not to follow our Heavenly Father and Jesus Christ will receive a reward according to what they have done in this life, but they will not enjoy the glory of living in the presence of God." Mormons do believe in hell.

Those who did not repent while on Earth will experience a temporary hell after death during the time that all spirits go to the spirit world before the Resurrection, but will have an opportunity to repent afterwards and avoid the eternal hell. Hell as an eternal place of misery it is inhabited only by Satan and those who explicitly reject "the Heavenly Father, the Son and the Holy Ghost" even after the period of instruction after death. When it comes to human nature, the Mormons believe that every human was once a spirit that originally lived with God before they were sent down to earth. It was Gods decision the exact time and place that each of these spirits were to be born onto the earth. This resulted in the spirit receiving the physical body that makes them their human form. The reason that the spirits were sent down to earth was the way He tested them to see if they were worthy enough to return to live with Him forever.

This was a process of the humans gaining experience. This is where the purpose of life comes in. It is so that the spirits can go through a variety of experiences that are not available to them when they are residing in heaven.The purpose of life is to earn the right to return to God and heaven. Reincarnation refers to a theory that one spirit (life or soul) passes from one material body to another through repeated births and deaths, usually of the same species, often with ethical implications; thus the present life is viewed as only one of many. This theory is rejected by The Church of Jesus Christ of Latter-day Saints.

The idea of repeated return or of a continuing, exacting wheel of rebirth is based on the Eastern doctrine of karma. Karma literally means "deeds" or "actions" and, in a limited sense, may refer to a system of cause and effect.

According to this belief, all inequalities of birth, society, race, and economic being are products of one's individual karma created by an accumulation of previous behavior.

Karma is also seen as a cosmic law of justice. It is an eternally moving wheel of rebirth. Experience is repeatable. An individual spirit can live again and again in a wide variety of guises and forms in the mortal estate.