Home   Death Meter   Death   Things to do before death   Bahai

THINGS TO DO BEFORE YOU DIE - BAHAI

The Bahai Faith arose from Islam in the 1800s based on the teachings of Baha'u'llah and is now a distinct worldwide faith.

The faith's followers believe that God has sent nine great prophets to mankind through whom the Holy Spirit has revealed the "Word of God." This has given rise to the major world religions. Although these religions arose from the teachings of the prophets of one God, Bahais do not believe they are all the same.

The differences in the teachings of each prophet are due to the needs of the society they came to help and what mankind was ready to have revealed to it. Bahai beliefs promote gender and race equality, freedom of expression and assembly, world peace and world government. 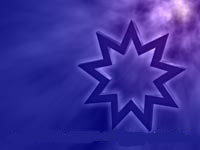 They believe that a single world government led by Bahais will be established at some point in the future. The faith does not attempt to preserve the past but does embrace the findings of science. Bahais believe that every person has an immortal soul which can not die but is freed to travel through the spirit world after death. The fundamental principle enunciated by Baha'u'llah, the followers of His Faith firmly believe, is that religious truth is not absolute but relative, that Divine Revelation is a continuous and progressive process, that all the great religions of the world are divine in origin, that their basic principles are in complete harmony, that their aims and purposes are one and the same, that their teachings are but facets of one truth, that their functions are complementary, that they differ only in the nonessential aspects of their doctrines, and that their missions represent successive stages in the spiritual evolution of human society.

THINGS TO DO
Fasting
Fasting is a spiritual exercise which has been part of religious life for thousands of years. It has taken different forms at different times. In early times fasting was observed before a religious ceremony or other important event. In more recent times regular days or periods of fasting have been part of the laws or traditions of a religion. Bahais believe that all the major religions are from God, and that fasting is an important part of religious life.

As regards fasting, it constitutes, together with prayers, the twin pillars that sustain the revealed law of God. They act as stimulants to the soul, revive and purify it, and thus ensure its steady development to reach God before ones death. Fasting was practiced by all the prophets revered by Bahais.Baha'u'llah designated a 19-day period of fasting each year immediately before the Bahai New Year. The fasting is seen as a period of spiritual preparation and regeneration for the New Year ahead. In the Western calendar, this occurs between 2nd and 21st March (the Bahai month of Ala meaning 'loftiness'). Fasting is symbolic, and a reminder of abstinence from selfish and carnal desires.

Bahais believe that prayer is more than making requests to God; it's more like a conversation with God in contrast to meditation, which is like a conversation with one's inner spirit.Bahais do pray to change things. But the highest form of prayer is to change oneself, to come closer to God and to give praise to God before ones death.Bahais worship God through prayer and meditation, by participating in devotional gatherings, and through active service to their communities. They individually recite one of three obligatory prayers each day as prescribed by Baha'u'llah. The Bahai scriptures offer much guidance on the uses of prayer and contain many prayers for various purposes and occasions. Moreover, work performed in the spirit of service is, according to the Bahai teachings, a form of worshipping God.Baha'is over the age of 15 are required to read portions of the scriptures morning & evening and to recite set prayers three times a day - morning, noon and evening.
Worship
Bahais see themselves as a people with a mission to bring harmony and unity in the world, and this is reflected in their spiritual practice. The main purpose of life for Bahais is to know and love God. Prayer, fasting and meditation are the main ways of achieving this and for making spiritual progress before ones death.Bahai texts state that work performed in the spirit of service to humanity is a form of worship.
Family and marriage
A strong family life is important to Bahais because the family is seen as the fundamental building block of communities and nations through which one can reach God much before his death. They believe that strong and loving families are essential for society to work properly. A Bahai marriage should join the participants in both body and spirit, in a 'spiritual relationship and everlasting union'.Shoghi Effendi described marriage as a divine institution and a most sacred and binding tie that should lead to a profound friendship of spirit, which will endure in the next world. The idea of marriage as a union is particularly important to Bahais as they see the joining together of two separate people to form a new entity - a marriage - as an example of God acting as a unifying principle. When a man and a woman marry they form a unity that has a common purpose in life and in the worship of God. For a marriage to have true unity the partners must treat each other as equals. Abdu'l-Baha said that the partners should be like "two intimate friends" .Bahai believe that people should be free to choose their partners; arranged marriages are not permitted. The couple must get the consent of both sets of parents, so that the marriage will have the support of both families. A Bahai wedding can take whatever form the participants want; the only essential is that both partners say "We will all, verily, abide by the will of God" in front of witnesses. In some countries a secular wedding ceremony is also required to make the marriage legal.
Children
The Bahai community is strongly child-centered, and the community as well as the parents of a particular child get involved in bringing up children.Bahais regard a child as a person entrusted to their love and care, rather than as a possession and they consider it to be as an ardent duty to hold a responsible parenthood before their death.Bahai children are taught to love and obey God as soon as they can understand the idea and should be taught to pray and meditate and to learn about spiritual things as early as possible. Even at an early stage the children can show their love for God by honouring and respecting their parents, and doing acts of service for other people. It follows that Bahais are not allowed to hit children or to rebuke them with unkind words.
Pilgrimage

The burial places, or Shrines, of Baha'u'llah, the Bab, and 'Abdu'l-Baha, and other sites associated with their lives are revered as holy places which are atleast to be visited once in lifetime before death. The Shrines are located at the Bahai World Centre in the Haifa/'Akka area in northern Israel and are the object of pilgrimage for thousands of Bahais annually. Baha'u'llah designated Bahai Houses of Worship as spiritual gathering places for prayer and meditation round which will cluster social, humanitarian, educational, and scientific institutions. This conception exemplifies the broad context in which the worship of God, according to the Bahai teachings, is to be expressed. So far, seven Houses of Worship have been built, on a continental basis.
Abstain from alcohol and drug
Bahais are forbidden to drink alcohol, or take drugs other than for medical reasons.

Religious history is seen as a succession of revelations from God and the term "progressive revelation" is used to describe the above process.

Thus, according to Bahais, progressive revelation is the motive force of human progress, and the Manifestation Baha'u'llah is the most recent instance of revelation.

Though the Bahai religion does not strictly adhere to many customs and rituals but they make it a point to follow the practices mentioned above till death.